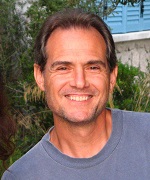 Peter Hirschfeld joined the faculty at the University of Florida in 1988 in the department of physics,  and has also served as visiting professor for a semester or more at U. Karlsruhe, U. Augsburg, U. Paris-Sud, and Stanford University since then. He has supervised 10 Ph.D. students and taught physics at all levels.

Hirschfeld has devoted most of his research to the theory of  superconductivity since then.  The "holy grail" of this field is to find or design materials which can conduct electricity entirely without electrical resistance at room temperature.  Superconductivity is a physical phenomenon that relies on the remarkable quantum mechanical behavior of many electrons in a solid, which under special circumstancesbehave collectively like a single giant atom.  Were materials which superconduct at room temperature to be discovered, it would revolutionize electrical power transmission, transportation, and magnet technology, and save enormous quantities of energy. Hirschfeld's research has been devoted to understanding how superconductivity works in two new classes of materials, cuprates and iron-pnictides, and has been reported in over 170 publications with nearly 6000 citations. He was awarded the Friedrich-Bessel Prize of the Alexander von Humboldt Foundation in 2001, and made a fellow of the American Physical Society in 2004.