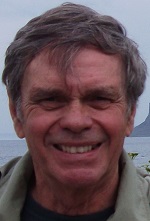 Sidney Homan joined the University of Florida’s English Department in 1972, after teaching at the University of Illinois and Boston University.  Author of some ten books on Shakespeare and the modern theatre, he has focused on both the metadramatic or self-reflexive nature of the theatre (his first book was When the Theatre Turns to Itself: The Aesthetic Metaphor in Shakespeare) and performance criticism which, increasingly, has been based on his own work in the theatre, as in his Directing Shakespeare: A Scholar Onstage.

Beckett’s Theatres: Interpretations for Performance grew out of a tour of ten Florida prisons with a production of Waiting for Godot, while Pinter’s Odd Man Out recounts his experience directing both a television version and staged production of the playwright’s Old Times.

Predictably, in his classes at the university, both undergraduate and graduate, students learn about the theatre primarily through staging scenes, and so a frequent subtitle of his courses in Shakespeare or Modern Drama is “Learning by Doing.”  No less, he has worked as a director and an actor with his students, most recently in Stoppard’s Rosencrantz and Guildenstern Are Dead and Arcadia, Shakespeare’s The Merchant of Venice (as well as eight other of his plays), and various shows offering a collage of scenes from a particular playwright, such as Beckett, Pinter, Stoppard, Wilde, Sam Shepard, Shakespeare, and Tennessee Williams.

As a actor he has done everything from playing in the New York production of All Our Yesterdays an old man afflicted by Alzheimer’s, who can account for his life only through lines from Shakespeare, to delivering passage from the diary of an inmate who died at Attica in Frederic Rjewski’s musical setting Coming Together.  Adapting for the stage writers like Dylan Thomas and Machiavelli, he has also written original shows, including Letters to the Editor (based on actual letters to a local newspaper) and Black Voices (a collage of writings, speeches, and music reflecting the heritage of African Americans).

He has collaborated with a former student and now a New York director on a book for actors, No Joking Matter: The Art and Craft of Comedy, and with a colleague in Sociology a study of Hitler in the movies.  His A Fish in the Moonlight contains stories of his youth in South Philly and his experience telling them to children on the bone marrow unit of Shands Hospital. His fictions ranges from The Dove Society (about a resistance group in Nazi Germany whose weapon is the theatre) to Hamlet Online (Shakespeare’s play reset in a modern university struggling with the battle over whether to eliminate all live classes and go entirely online).